We would love to hear from you. Please submit your inquiries using our online quick contact form.

The COVID-19 pandemic is the most critical global threat since the Great Depression of 1929-1933 – closing off global travel, business, trade and markets in practically every country. The International Monetary Fund (IMF) projects that

Browse our collection of various documents

Browse our collection of various opinions 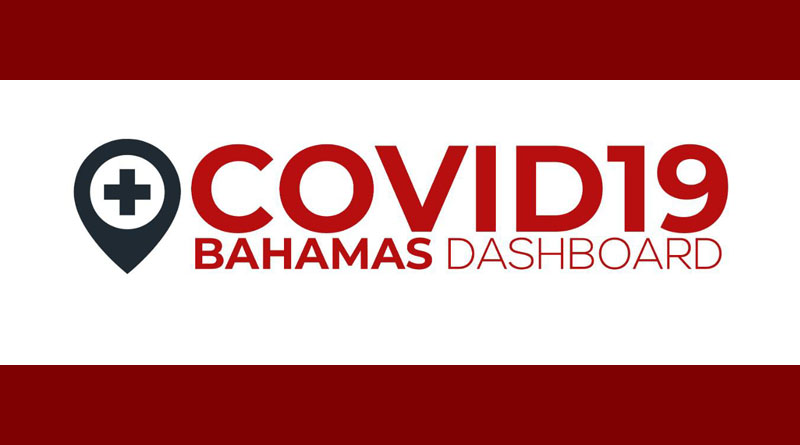 The COVID-19 pandemic is the most critical global threat since the Great Depression of 1929-1933 – closing off global travel, business, trade and markets in practically every country.

The International Monetary Fund (IMF) projects that COVID-19 will destroy about three percent of the global economy constituting about $9 trillion, which represents the combined gross domestic product (GDP) of Germany and Japan.

The governor of the Central Bank of The Bahamas projects that the Bahamian economy will likely contract in the “mid to upper teens”.

In this rapidly changing global environment, The Bahamas must use its foreign policy instrument to define and advance its self interest and exert its influence on the evolving post COVID-19 new international order.

Within the past 60 days, since the proclamation of emergency in The Bahamas on March 17, 2020, there has been no uniformed international response to this global contagion.

There has been no meeting of and action by the UN Security Council or the Group of Seven (G-7), which is currently headed by President Trump; the 27 members of the European Union have taken 27 approaches and closed their borders on each other; and President Trump has alleged that China has not been as forthcoming in the early days of the pandemic, resulting in harm to the world population and the global economy.

According to Professor Nicholas Burn of Harvard University, in foreign affairs of March 25, 2020, President Trump’s insular approach to foreign policy and his early attempts to minimize the threat of COVID-19 undermined U.S. leadership in rallying global cooperation to deal with the pandemic.

In fact, the growing U.S. protectionism and abandonment of multilateralism are reflected in the U.S. temporary withholding of vital medical supplies to The Bahamas in early April 2020, and President Trump’s threat to withdraw funding to the World Health Organization (WHO) in the middle of the COVID-19 pandemic.

This growing protectionism of the U.S. presents unique challenges for The Bahamas, CARICOM and the world.

Ironically, as the U.S. becomes more protectionist, China is increasing its global economic expansion, including acquisition of debt instruments and equity portfolios and is now the major global producer of capital, food and manufactured goods.

COVID-19 demonstrates that global stability and the welfare of the world require respectful collaboration between the U.S. and China, each representing an ideological divide between a Confucian centrally controlled economy by a communist party and a free market economy controlled by a liberal democratic state.

The challenge for the world and the global economy, with the weakening of the Bretton Woods social contract and institutions, is how to fill the void presented by the declining U.S. hegemonic leadership and China’s emerging predominant economic power. If respectful cooperation is not achieved during and after COVID-19, the world could very likely be plunged into a dangerous cycle of protectionism and brinksmanship.

For small countries, such as The Bahamas and other CARICOM member states, the Bretton Woods system, including the United Nations, has provided the mechanism to adjudicate our petitions against colonial rule, affirm our independence and statehood and provide humanitarian assistance, peacekeeping, disaster relief and development support.

The inescapable fact is that the economic balance of power has shifted.

The ability of the Chinese government to deploy resources on a global scale is reflected in the Belt and Road Initiative (BRI), estimated to cost between US$ 4 trillion to US$ 8 trillion. This initiative will give China a direct trade route to, and accelerating economic growth for, over 70 countries across Asia Pacific, Africa and Central and Eastern Europe.

The investment policies of the People’s Republic of China apply a different concept of time for investment return, geo-strategic space and benefiting the Chinese people.

In the West, investment is private sector driven, with short-term investment return in relatively stable spaces for the benefit of a small group of shareholders for individual accumulation.

This fundamental difference of time, space and benefit of economic activity, compared to Western market driven economies, is a major shift in global-investment strategy.

Further, the Asian countries of China, India, Japan, South Korea, Indonesia and Singapore now comprise more than 50 percent of the global GDP, all of which seem poised to recover more quickly from the COVID-19 pandemic than the rest of the world.

Therefore, the Post-World War II Bretton Woods system, which entrenched U.S. and allies’ dominance in United Nations Security Council, World Bank and IMF, needs to be renegotiated to reflect the shifting balance of power of the emerging economies of the world.

COVID-19 will cause major restructuring of the global system to harmonize the institutions which manage multilateralism with the reality of global economic power.

It is in this fluid global environment of the shift of power from the U.S. and the European Union to Asia, Africa and South America that The Bahamas and CARICOM must carve a space for the Caribbean in the global arena and lobby for the creation of a more representative and sustainable multilateral architecture.

Michael Manley, former prime minister of Jamaica, in his book, “The Politics of Change: A Jamaican Testament (1975)”, made an eloquent appeal for a new world economic order with more equity in the distribution of the world’s wealth.

He argues that our history in this region has increased our capacity for resilient survival and strengths in the areas of political and economic action and mastery of the professions.

Manley described Caribbean people as having “enormous adaptability and blessed with a rugged, humorous pragmatism which gives them a remarkable capacity for resilient survival”.

Caribbean foreign policy, according to Manley, had a unique role to play in advancing a new global economic order. He recommended that our foreign policy should involve “the development of a persuasive diplomacy…to seek cooperation in the construction of a new world economic order based upon the concept of equity in the distribution of the world’s wealth.”

In the past, The Bahamas has influenced world events through persuasive diplomacy.

Between 1973 and 1982, The Bahamas played a pivotal role in the negotiations of the third United Nations Commission on the Law of the Sea.

Due to the brilliant technical skills of former Ministry of Foreign Affairs Director General George Stewart, former Minister of Foreign Affairs Paul Adderley and former Prime Minister Sir Lynden Pindling, The Bahamas helped to establish the 12-mile exclusive fishing zone, a 200-exclusive economic zone, including seabed mineral resources, and the archipelagic principle as key components of the Law of the Sea.

Similarly, in 1985, during the Commonwealth Heads of Government meeting in Nassau, Pindling, as chairman, was able to persuade the commonwealth to impose economic sanctions on apartheid South Africa and called for the release of Nelson Mandela, notwithstanding the opposition of U.S. President Ronald Reagan and Prime Minister Margaret Thatcher.

In the wake of COVID-19, The Bahamas must demonstrate the same nimble and agile persuasive diplomacy to influence the creation of a new global architecture to reassert international cooperation and multilateralism – based on equity, peace, respect for sovereignty, human rights, environmental stewardship and economic recovery.

I recommend that the following areas be considered as guiding principles of The Bahamas’ foreign policy:

Regional Integration: Affirm and deepen commitment to CARICOM and the integration project, to increase the Bahamian influence, market and human resource base including integrating trade, currency, judiciary and monetary institutions.

Removal of U.S. embargo against Cuba: Lobby the United States and the international community for the complete and unconditional removal of its embargo and sanctions against the Republic of Cuba, a remnant of the Cold War, and to normalize relations with Cuba, as was done with China, Russia and Vietnam, in the interests of global stability, the welfare and sovereignty of the Cuban people.

Treaty with the Republic of Haiti: Lobby for the creation of a bilateral treaty between The Bahamas and Republic of Haiti to regulate trade, cultural exchanges and the recruitment of contract labor; cooperate in the elimination of illegal migration and to ensure the timely regularization of entitled undocumented persons in both countries, in accordance with the requirements of the constitution and international humanitarian law.

Bahamian Diaspora: Mobilize the Bahamian diaspora as an extension of the national resources of influence, contacts, investment funds and expertise, for the development of The Bahamas.

Natural resources use and sovereign fund: Use leases for the use and mining of natural resources to fund a sovereign wealth fund from revenue from the lease agreement with the United States for the Atlantic Undersea Test and Evaluation Center (AUTEC) in Tongue of the Ocean in Andros and control over Bahamian air space management as well as agreements for the deep-sea mining salt, aragonite and other aggregates.

Flatten carbon curve and climate justice: The Bahamas, which does not contribute to climate change but is in the first-line of the devastating impact of global warming, has a climate justice claim for restitution and development funds to build resilient and sustainable communities and infrastructure.

Anti-money laundering and tax cooperation convention: Lead lobbying for the convening of a global forum to make anti-money laundering and tax-cooperation subjects of international conventions, under the supervision of United Nations, to ensure universal participation in the prescription function and the fair application of the rules to both offshore and onshore financial services centers.

Reparations: Lobby for reparatory justice for the legacies of slavery and expand diplomatic relations with the African Union.

• Alfred Sears is a former member of Cabinet and a Queen’s Counsel.

The Law firm is professionally affiliated with 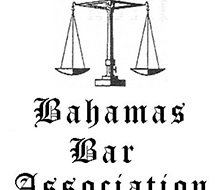